These two ways would help you overcome procrastination so that you can say “goodbye” to it. They are based on knowing how the mind works and giving your mind a reason to take action.

In David Allen’s book – Getting Things Done; he says that “if an action will take less than two minutes, it should be done at the moment it is defined”

The 5 minutes habit is a modification of his statement above.

The truth is that if something takes less than five minutes to complete, then there is no need to say “I would do it later”; that is a sign of procrastination. Often than not, you most likely end up not doing it until circumstances force you to do it.

For example, you finish having a meal and instead of doing the dishes, you decide to put it in the sink. It would have taken less than five minutes to wash up or to put the dishes in the dishwasher. However, you decide “I don’t have time to do it right now” and then leave it until it piles up and you end up looking for thirty minutes to do the dishes.

This has happened to me time and time again! The five minutes would keep piling up and I have found out that, it’s easy to find five minutes than to find thirty minutes.

Action to take: if an action would take less than five minutes, do it immediately

Have a strong why

Sometimes, we stop working on a goal or habit because we don’t have a “strong” why. A strong why is when you have a reason for doing something and that reason is so real to you and urgent that it forces you to take action even when you don’t feel like it.

For example, before I moved to Canada, my husband had encouraged me to write the PMP exam and I thought yes, that would be a good certification for my career growth but at the time, I still had the comfort of a nice job in the UK with growth prospects.

So even though I had a good “why” for writing the PMP exam, it just didn’t feel urgent.
​
A few months later, I left the cushion of my job in the UK and moved to Canada. Now that I was back in the labor market and I began to understand the Canadian job market, I realized that having the PMP certification was considered an asset (it was on almost all the Job descriptions I saw for the positions I was interested in).

All of a sudden, I had a “strong” why (reason) for writing and passing the PMP exam. I wanted to have this asset that would set me apart when going for top jobs in my field. That “strong” why propelled me to follow my study plan and effectively prepare for the exam which I passed excellently (all glory to God).

That’s the difference between a “why” and a “strong why”

I know we could easily come up with a “why”. However, a why that isn’t strong enough to make you take action isn’t really a “why”. The essence of having a why is for that why to motivate you to take action; one way to do this is to ensure your why is real and urgent to you.

I always ask my PMP coaching students why they want to write the PMP exam and during the coaching program, if I realize that their “why” isn’t strong enough because they are slipping on their studying, I help them strengthen their why by getting them to pay and book the exam by the date they want to be certified (this is carefully thought out and planned).

Paying and booking the exam strengthens their why and propels them to take action because the exam is more real to them (they have paid for it and a date has been set!).

For more productivity tips, Join my FREE Productivity email course where I share 20 productivity powers that would help you boost your productivity, master time, and achieve your goals.

If you have any questions or contributions, please do so by leaving a comment in the comment section below.

If this was useful, please share this article with your network and on social media using the share buttons below.

Hi, Welcome to my Blog 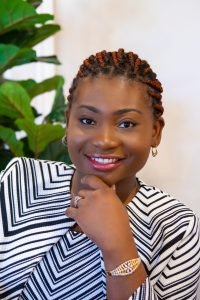 Get my FREE PMP exam checklist